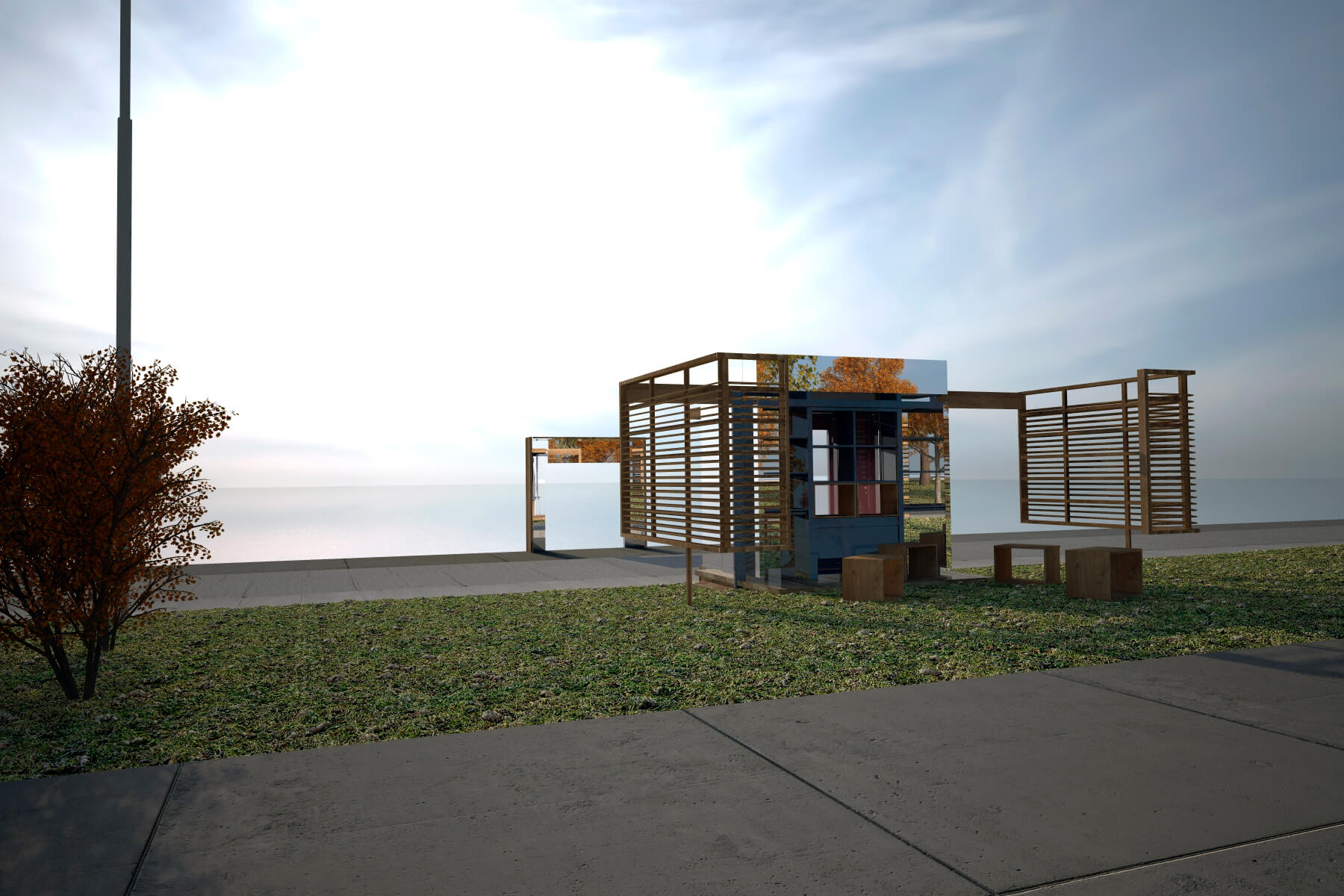 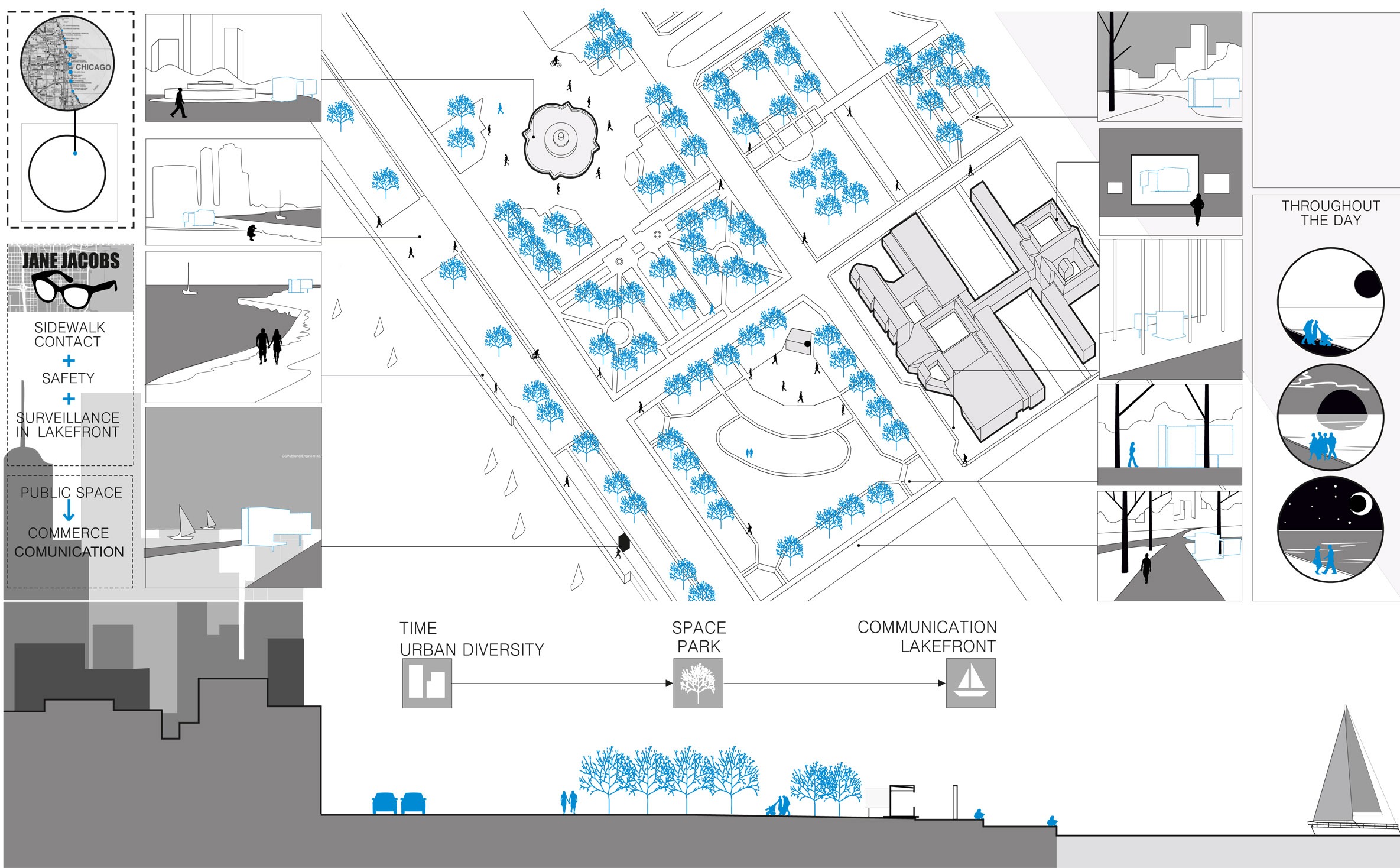 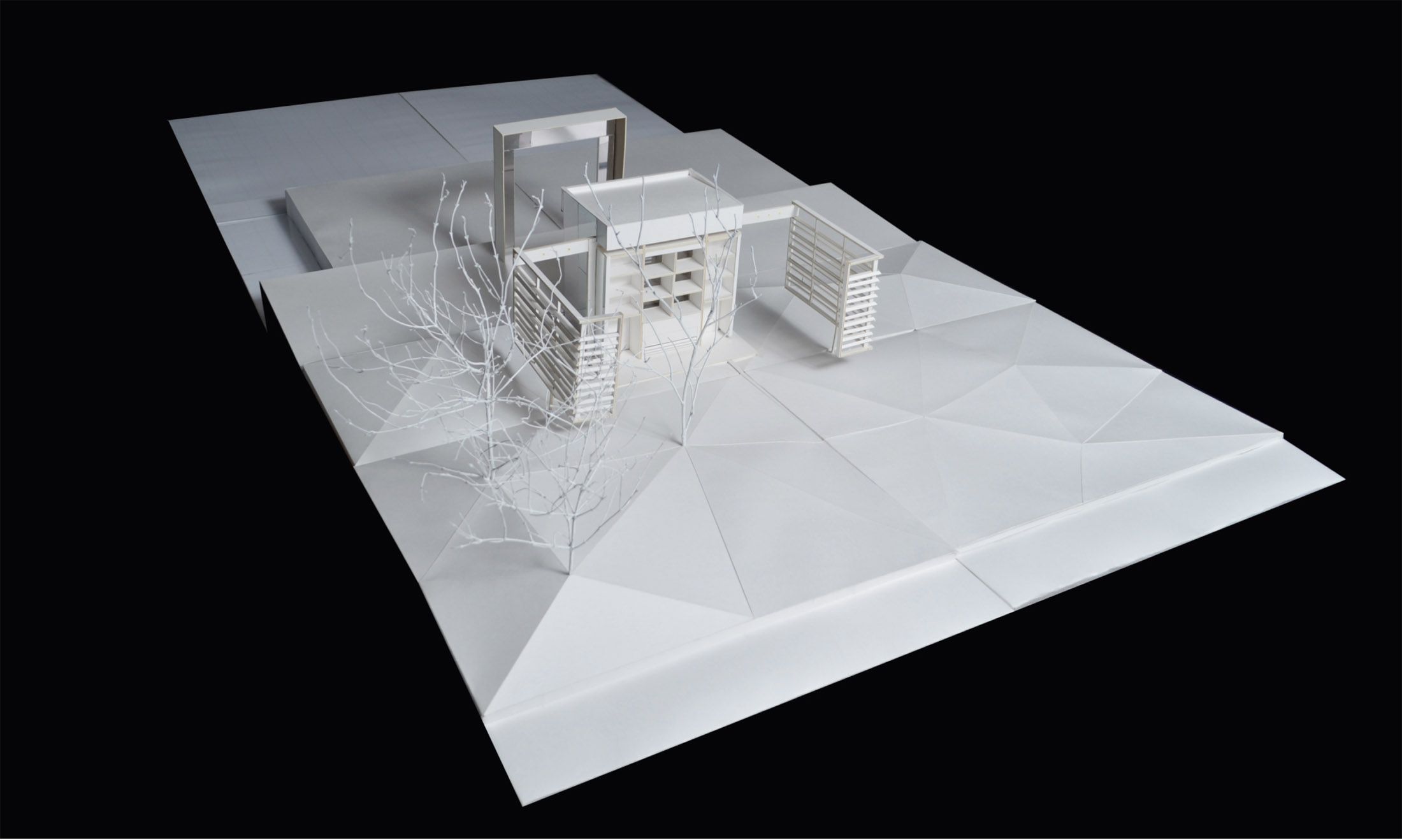 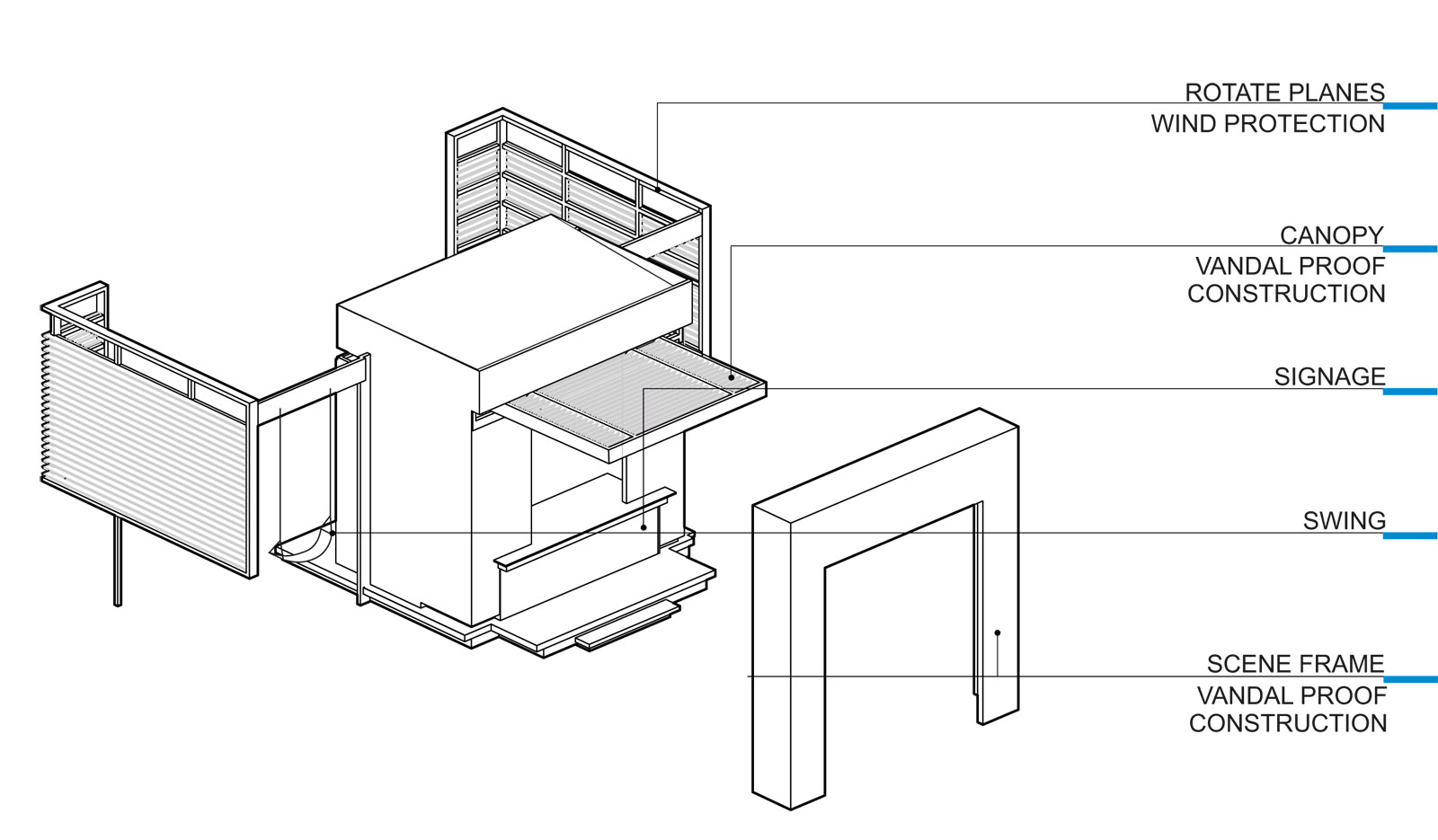 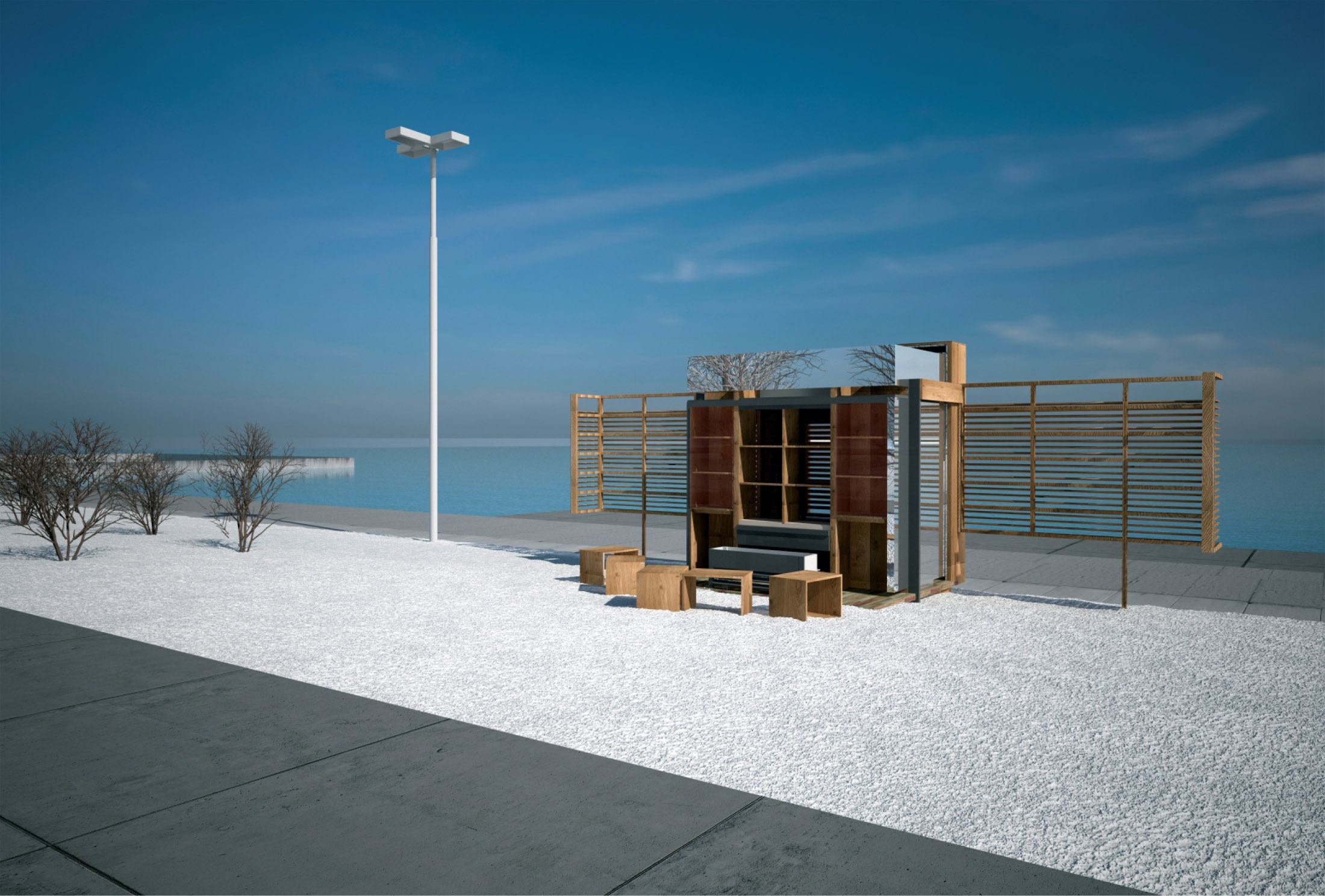 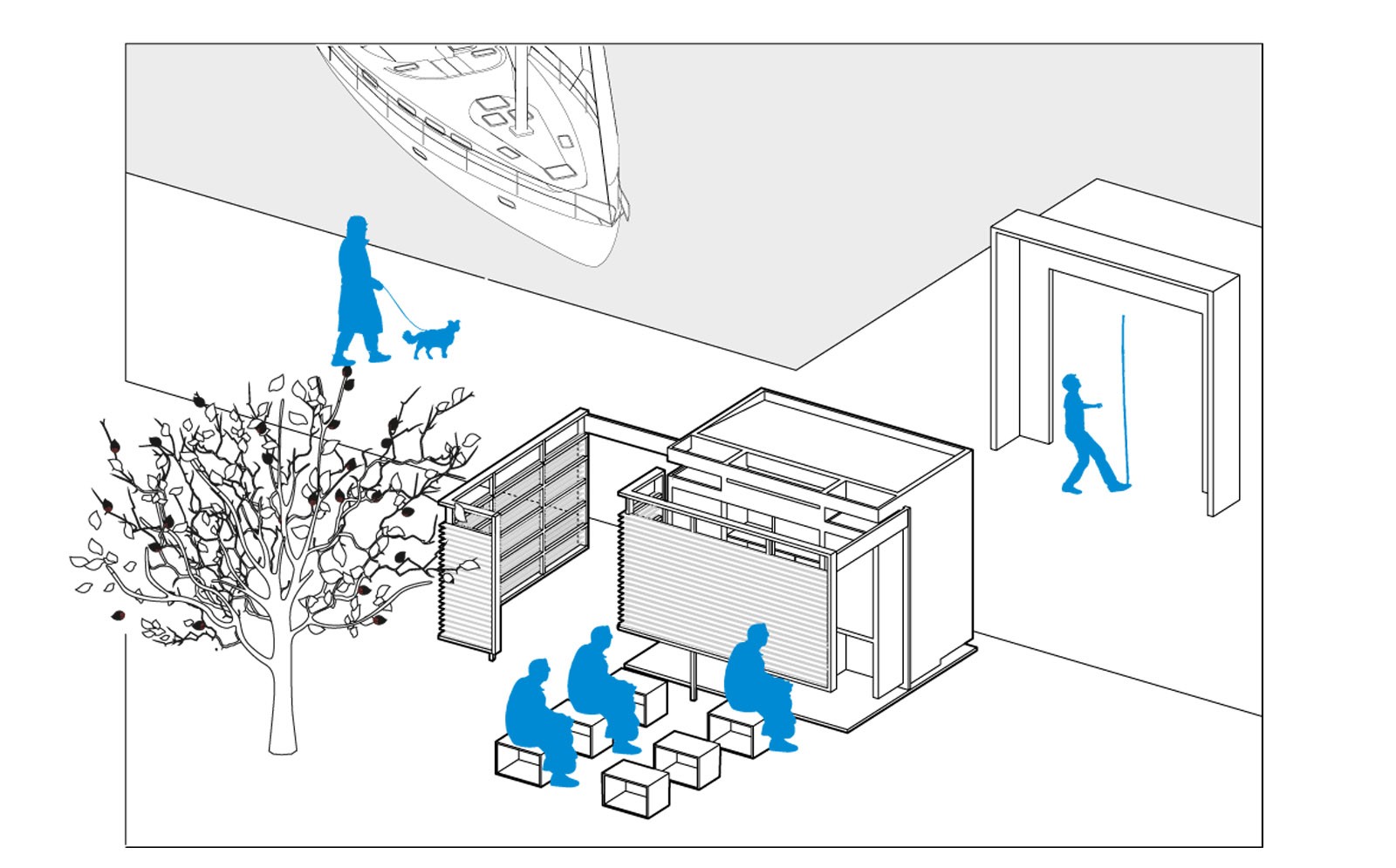 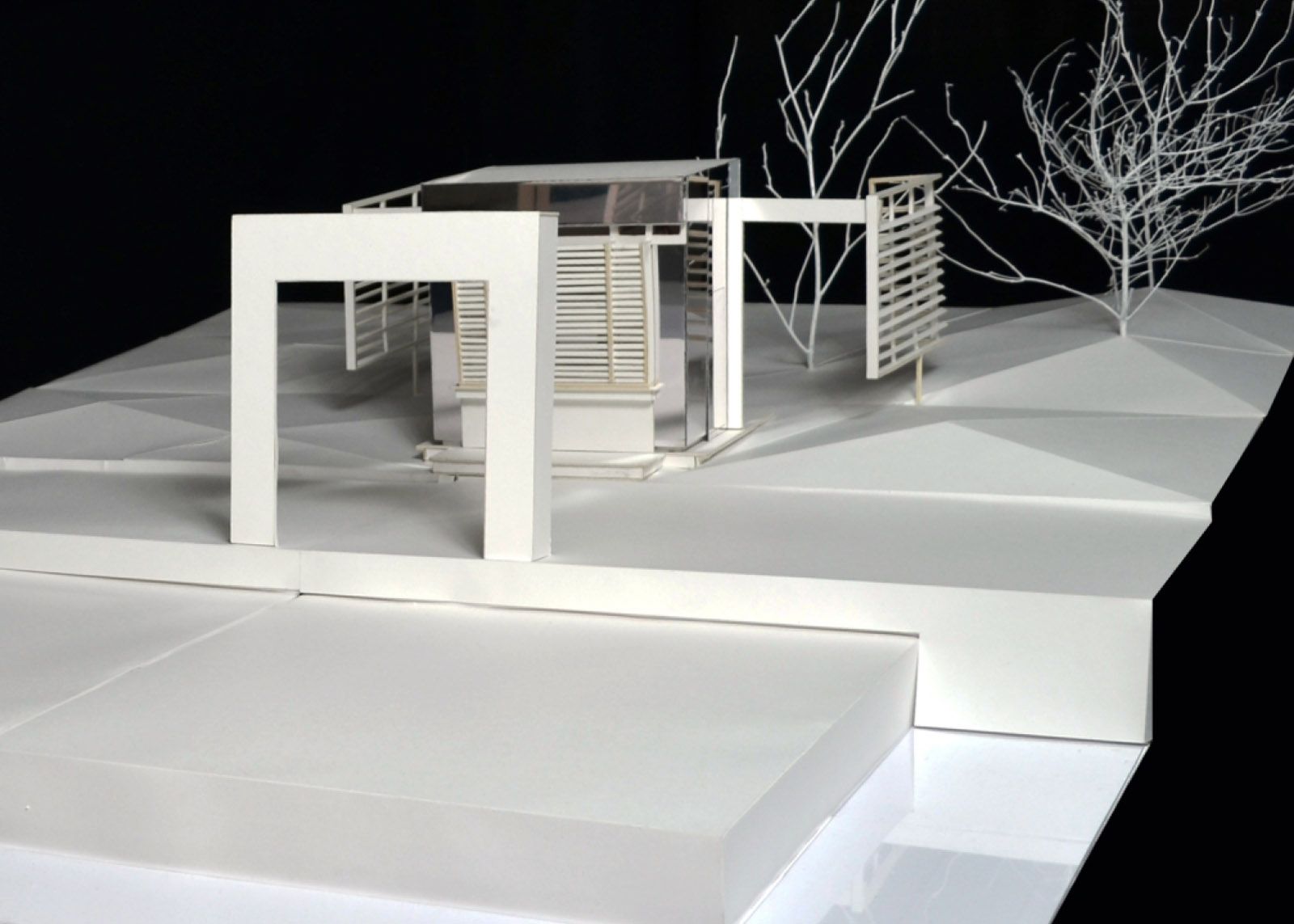 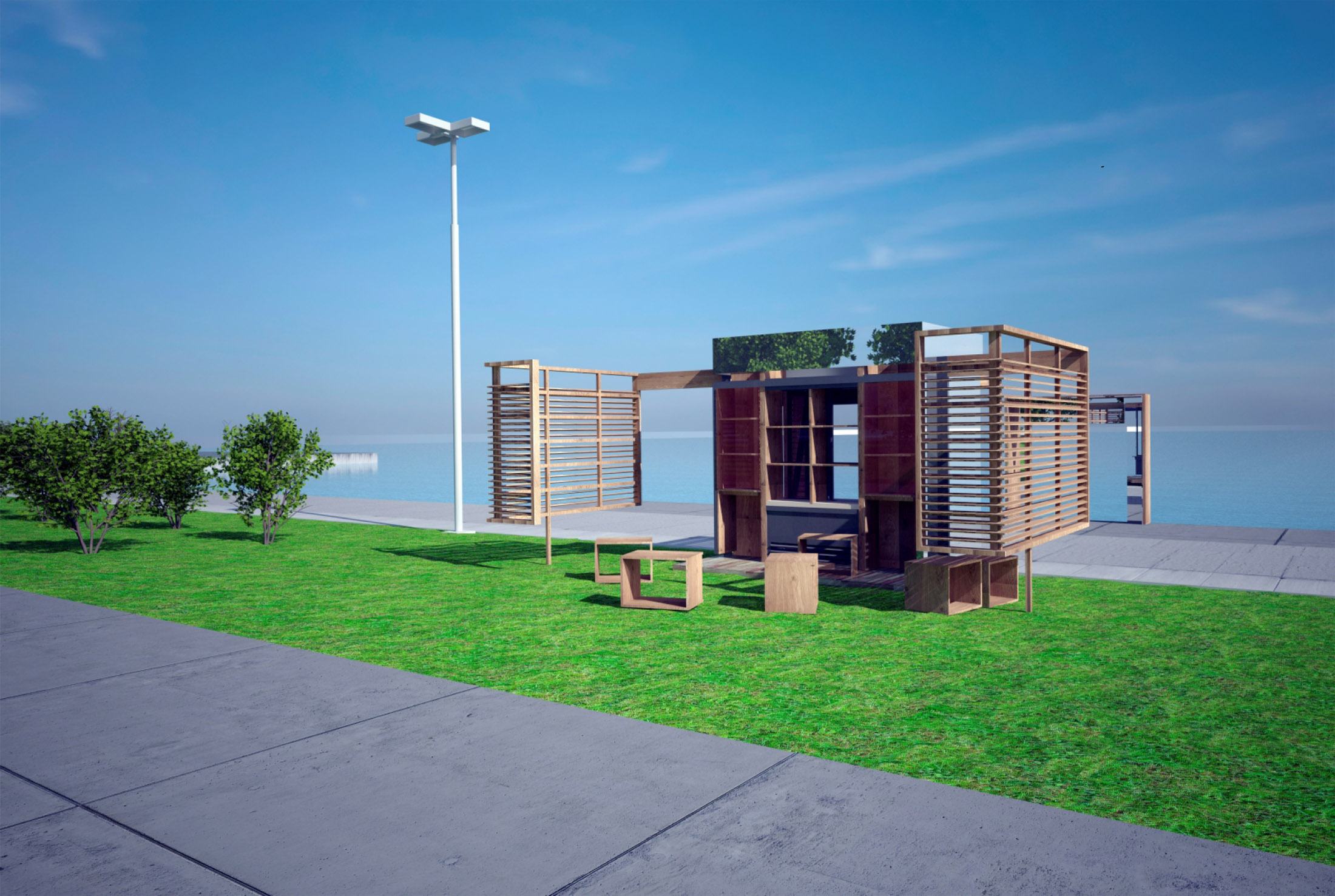 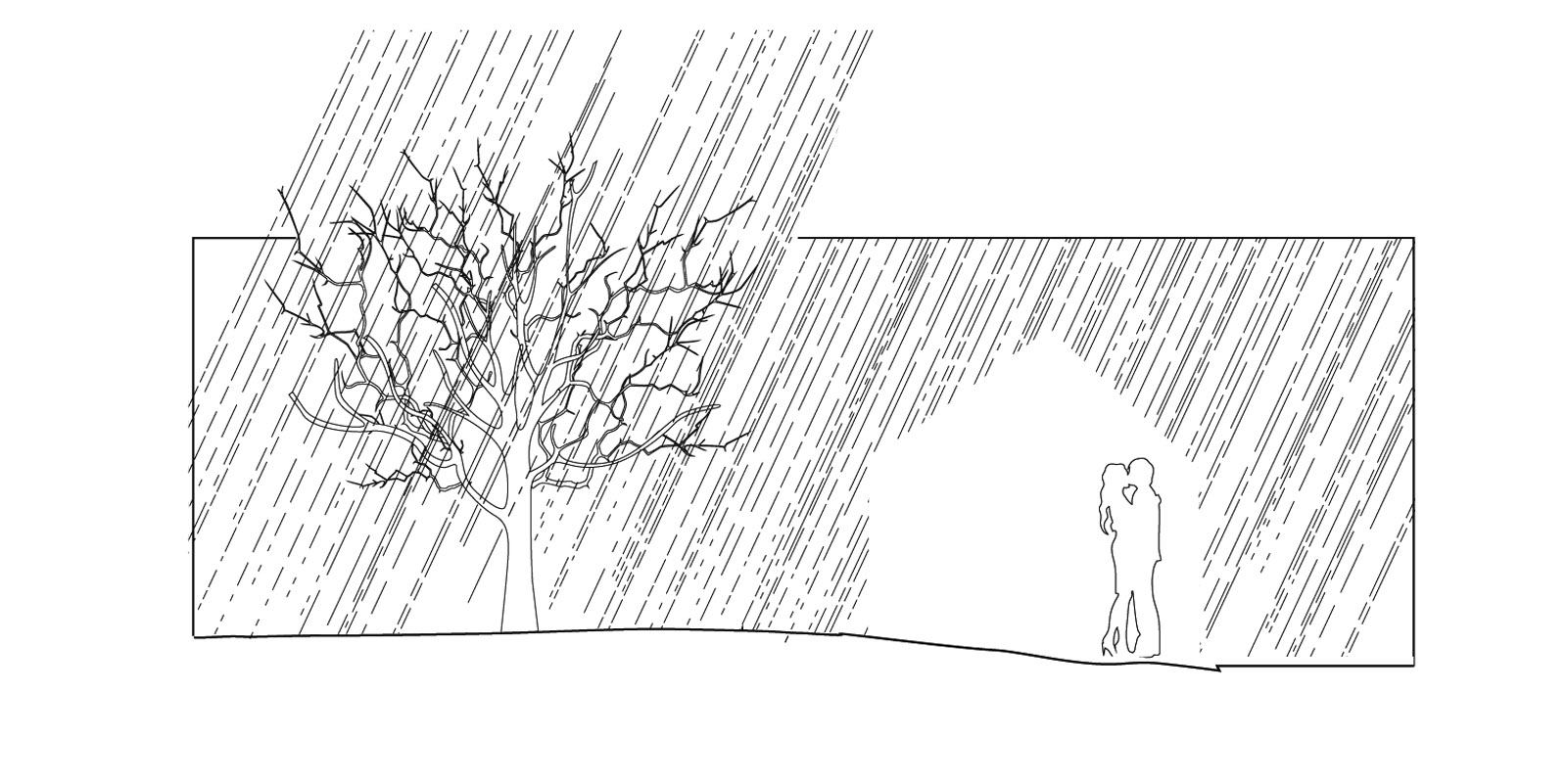 The concept of our project is closely associated with the ideas described in Jane Jacobs’ book “the death and life of great American cities”. On the basis of her researches the preamble of space, time and communication was invented, in which all these aspects are strongly connected.

Putting aside megalopolis’ rush and bothering urban noise, we concentrated on relations between park and promenade.

We compared ship masts with the panorama of grey skyscrapers, and orientated a kiosk towards the costal side, creating in that way an object, which entered into a conversation concurrent with a promenade and with a park.

-Time and communication. Based on Jane Jacobs’ experience, we propose to explore the side at the border of central park, situated on the cross of two transit areas – pedestrian and cycling ones. Our reaction on this situation was a solution to unite these zones. Indeed, the proposition is grounded on the idea of communication with environment, in which a pedestrian actively participates. The place that we choose for our project is bounded up with surrounding park area.

-Space and time. Time became the main criterion in the modern designing. Season changing affected space formation and kiosk’s functions. The space of the kiosk is changeable just like the surrounding area; therefore, the idea of using kiosk in different seasons leads us to creation of a specific space, which would adjust to different human needs at each season and time.

-Space and communication. Space of the kiosk gives visitors an opportunity of free communication and spare time spending, helping to create new social nets and micro-communities.

The main challenge was to create an object, which would have dissolved in environment, however in the same time it would have attracted a big amount of visitors. Our proposed decision is a specular volume, which consists of three different spaces: opened, closed and buffered. All of them are connected by visual passageway, which passes through entire kiosk’s volume and connects both promenade sights and park sights.

In the summer time, our decision offers visitors enough amount of shaded areas. In the fall the kiosk can work partially as a playground for children – there are carousels included and shelves for book crossing equipped in the volume. For winter period, there is a street fireplace integrated in the kiosk. Moreover, a bicycle parking was elaborated in order to promote active sports in the city.

We dislocate the volume of kiosk deeper in the area, preserving pedestrian way. In front of a trade zone the buffer space is situated, which plays the role of a square in front of the kiosk. This zone is limited by mobile frame. It serves as a landmark and closes the main visual axis of the promenade. Cubic volume contains the trade function. The trade area is closely related to the pedestrian area.

To the visual axis, the volume of kiosk is conditionally transparent, which allows exposing promenade to the view. The space for visitors is situated behind the kiosk and is formed by swinging flats. These flats form pavilion- typed open spaces, expanding the volume of kiosk, which creates limited, but at same time open-ended space. In the summer time flats appear as the sun-protective screens, in winter – they are perfect protection from wind. Moreover, they might be used for movies demonstration or other different interactive shows.